*THIS EVENT IS POSTPONED* 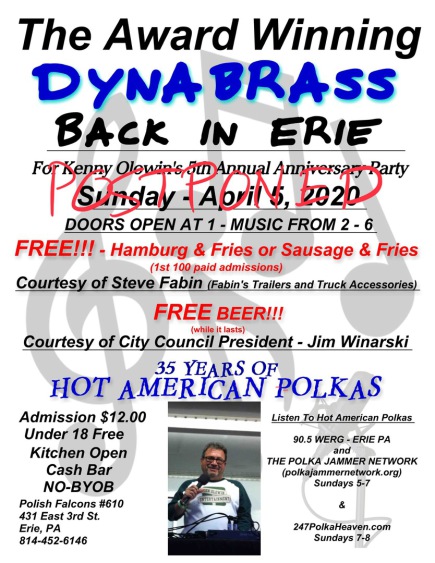 Kenny Olowin's "Hot American Polkas" features a new wave of polka music, which is not your grandparents music.  It's got a new sound that's upbeat and modern, most lyrics in English, often recorded by younger bands

We play at many events, and have an internet radio show on Sundays from 5pm to 7pm streamcasting around the world on the Polka Jammer Network (www.polkajammernetwork.org)

This show can also be heard locally in Erie, PA on

Then from 7pm to 8pm on Sunday evenings,
"Hot American Polkas" can be heard on

Leave your requests at: